I'm writing to you from my hammock in the backyard again. It's close to 70°F and almost cold enough in the shade to need a long sleeve shirt and/or jeans.

For those of you who want to punch me through your screen, you should know that while I love this kind of weather and enjoy it as thoroughly as possible (exhibit A: lying in a hammock in the backyard), it's been in the 80s most of this fall and has not felt very Christmasy so far this month (your mileage may vary).

I wanted to write something a little longer this month, since I missed November entirely and because it's the end of the year, it feels like a time for big wrap-ups (although this won't be that, exactly).

I considered writing about a bunch of different topics for this one...

—how my current podcast subscriptions reflect my faith journey these days

—how my son, Ezra, is currently fascinated by the 'punk' genres—cyberpunk, steampunk, and the burgeoning solarpunk—with a quick synopsis and thoughts on those genres

Ezra is also going through a phase where he says he deserves bad things, and when I asked he said it was because of the Bible he felt that way, so I had a conversation with him about God and the Bible and Minecraft and why God is more interested in how we live in this world he's given us and not nearly as much about what we do or do not deserve, so I considered writing about that.

Then there was my latest obsessive Netflix binge, the eight-part series called 1899, which I began watching with my friend, Darius, at the beginning of a weekend and finished at home (while Wendy was cooking and napping—she doesn't like suspense) by the end of the same weekend. It was very good (if a bit risqué in parts, definitely not safe for innocent eyes), but do not go lightly, Dear Reader, on that crazy journey—it will swallow 8 hours of your life and spit out nothing but shock and confusion (not to say that it doesn't conclude well—but it leaves way more questions than answers).

But instead of writing more deeply on any of those topics, I chose to delve into one of my (and the world's) great cinematic loves, Star Wars.

I listened to an interview with Rian Johnson on the Smartless podcast a week ago. Then I got sick (not Covid, according to the home test). So the next day, head throbbing and full of snotty mucus, unable to do much of anything else, I decided to watch Johnson's controversial contribution to the Star Wars franchise, The Last Jedi. I think it was my third viewing since its initial release five years ago.

When I originally saw The Last Jedi in the theater, I was not sure how to feel about it. Like many people, I felt like it had committed sins against the Star Wars universe. But, I also really enjoyed parts of it.

Even if you weren't a fan of the film or of the ways it challenged Jedi lore, those are the kinds of moments you go to the movies for—the moments when everyone in the theater gasps in unified shock.

There were definitely things I didn't like about the movie, though.

For example, the opening scene with Poe messing with Hux about being 'on hold' really bothered me, even watching it again. I liked the humor, it just felt too 20th century and out of place for Star Wars. I wish they had tweaked the dialogue a little. There were other things that just seemed confusing or wrong, dialogue things and Force things and 'how did we get to this point?' things.

But the movie opened with action and humor and I was never bored from beginning to end, except maybe a few moments on the glitzy casino planet, Canto Bight.

I now feel like The Last Jedi is a movie for a new generation of Star Wars fans—the characters are more flawed and nuanced, the lines between good and evil are more blurred, tension exists within the ranks on both sides, and the past (in more ways than one) is not treated as delicate or sacred.

As you'll no doubt remember, a huge backlash erupted online after The Last Jedi's release. Some of it was civil and constructive, some of it was stupid and immature. Certain fans felt the film was too socially progressive. Others, like me, felt like it broke rules of the Star Wars universe—what the force could and could not do, how the heroes of my childhood were supposed to behave. Or, that the plot didn't make sense in certain ways. A vocal minority hated the character of Rose Tico, played by Kelly Marie Tran, and did not hesitate to let her and the world know what they thought of her race, gender, and shape, prompting her to leave social media and write about her experiences in the New York Times.

The Rise of Skywalker hit theaters and sort of undid everything The Last Jedi did. It was, for that and other reasons, the most disappointing Star Wars experience for me since The Phantom Menace.

For starters, it continually did this thing where characters in the movie telegraphed information to the audience that needed to be true for the movie to work, but which the characters had no way of knowing for sure (we're just going to assume with certainty every star destroyer ship from the zombie fleet has a planet-destroying laser attached to it?). It was a very cheap way of moving the plot forward and I had a hard time getting past those moments.

The sudden revival of Palapatine could have been interesting if foreshadowed from the first film of the trilogy, but as presented felt contrived and hollow.

The fleet of revived star destroyers felt like an out-of-nowhere doomsday plot device. Instead of exploring the galactic tensions set up by the first two films, we're now having to pause all that stuff to deal with this new, over-the-top Deathstar Part 4.

It was nice to see Billy Dee Williams again as Lando, but his appearance felt unrealistic and shallow, like a piece of art in a museum collection.

The character of Rose Tico was sidelined, intentionally or not, as well as her budding relationship with Finn.

The revelations about Rey's parentage in The Last Jedi, while disappointing and a bit frustrating in the moment (for the audience and for Rey), at least moved the story in a surprising direction and changed course from the whole 'powerful Jedis only come from powerful Jedis' idea.

All in all, it would have been really interesting to see where Rian Johnson took the story if he had helmed the last film instead of J. J. Abrams and company.

Abrams recently said he thought the biggest problem with the trilogy was a lack of planning from the get-go, and that is something which resonates with me completely. Endings are hard, even when there's no pressure at all, let alone when it's one of the biggest series of stories the world has ever known. Knowing where a story is going compared with making it up as you go makes all the difference in the world.

Speaking of J. J. Abrams, I loved and still love The Force Awakens. I was excited about his involvement from the first time I heard about it until the first time I saw the movie, and never for a second wished anyone else had rebooted the franchise. Despite the criticisms about playing it too safe, I think TFA is one of the most solid and fun installments of the Star Wars films.

So, what have I learned from revisiting the Star Wars sequel trilogy and giving The Last Jedi and The Rise Of Skywalker another chance?

I like The Last Jedi much more now than I originally did and I can appreciate the risks it took, the steps away from classic Star Wars tropes into potentially fresher territory. The Rise Of Skywalker, while not horrible, has not grown on me any after another viewing.

As a storyteller, I think I've learned it's better to take chances and swing for the fences, because at the end of the day, a disgusted audience is better than a bored one—at least from where I'm standing.

And as far as life lessons in general, I keep learning and re-learning that I shouldn't take my initial impressions or reactions, even sometimes my long-held beliefs, too seriously. My views change over time. Perspectives shift. And if I am not willing to allow for the possibility I may feel differently about something tomorrow, I remove the chance for myself to grow—in maturity, in wisdom, in compassion, and as a human being.

Overcoming obstacles is essential to any story, but overcoming oneself is what we call character development and it is the lifeblood of any really great story.

Merry Christmas, Happy Holidays, and much love everyone! 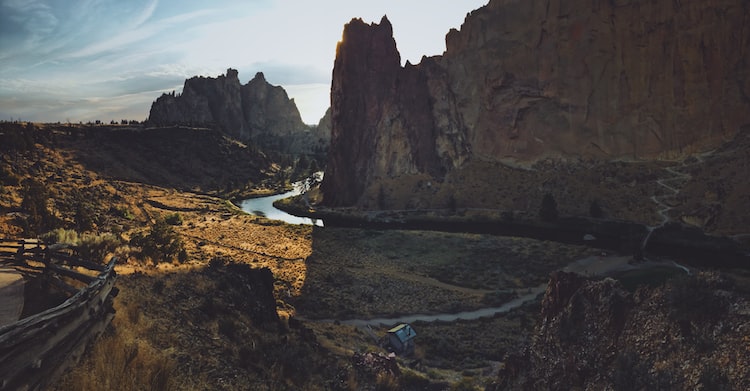 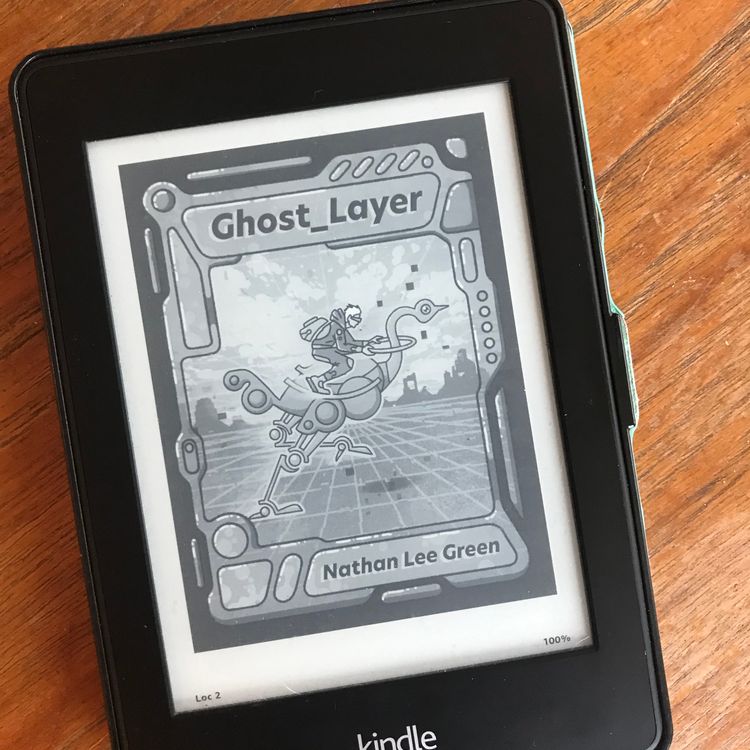 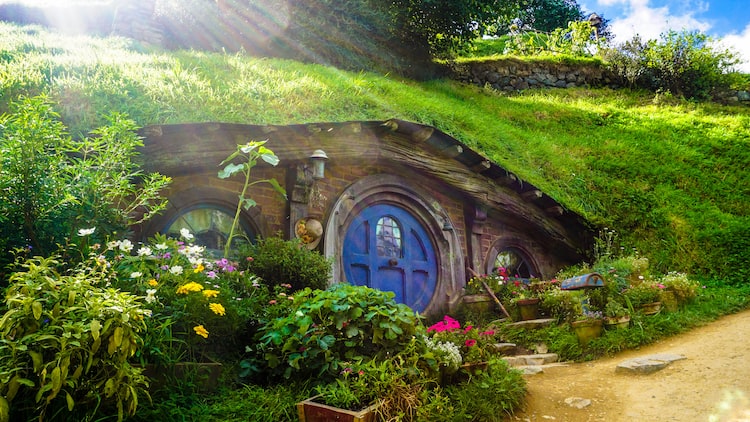